Once known only as the home of Brisbane’s Magic Mile of car dealerships, Moorooka is now a comfortable and welcoming residential neighbourhood.

The well-worn streets of this older suburb have been rejuvenated by an influx of families from near and far.

Families and professional couples are flocking to Moorooka to enjoy the magic mix of generous backyards and proximity to the city. It’s also the new home of recently-arrived families from East Africa who are making a vibrant contribution to this growing community. It’s not just the homes that have been renovated here – Moorooka itself feels fresh and new. Dogs are walked along the tree-lined streets and the suburb is peppered with small local parks, ultimately backing onto Toohey Forest Park on its Western edge. 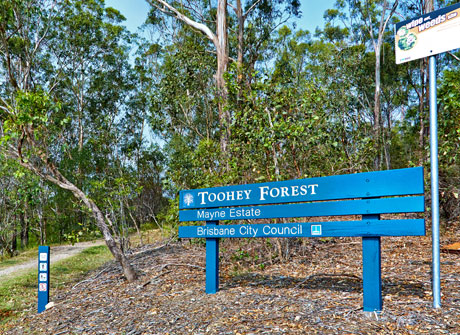 With 100 businesses located in the Moorvale shopping area on Beaudesert Road, it’s easy to shop and eat locally. The African community has

left its mark here too, with grocery stores, hairdressers and Halal butchers meeting the needs of the new locals. New cafes are popping up on street corners to make sure that this neighbourhood is well fed and caffeinated, without having to jump in the car.

Moorooka’s Miracle Mile of car yards is famous across Brisbane, and this neon retail strip still lights up the eastern edge of the suburb along Ipswich Road. But away from the dealerships and light industry, the suburb quickly transforms into a hilly residential area, with leafy streets lined with elevated wooden houses on large blocks and smaller apartment buildings.

Lower cost housing is located towards the south of the suburb, where returned servicemen were housed after the Second World War. Moorooka has transformed from a place where you test-drive a car to a place you drive home to. Close to the city and amenities, but with large backyards and tree-lined streets, it’s easy to see why so many people are rediscovering this leafy Brisbane suburb.